You Can’t Have a Pyramid Without a Base 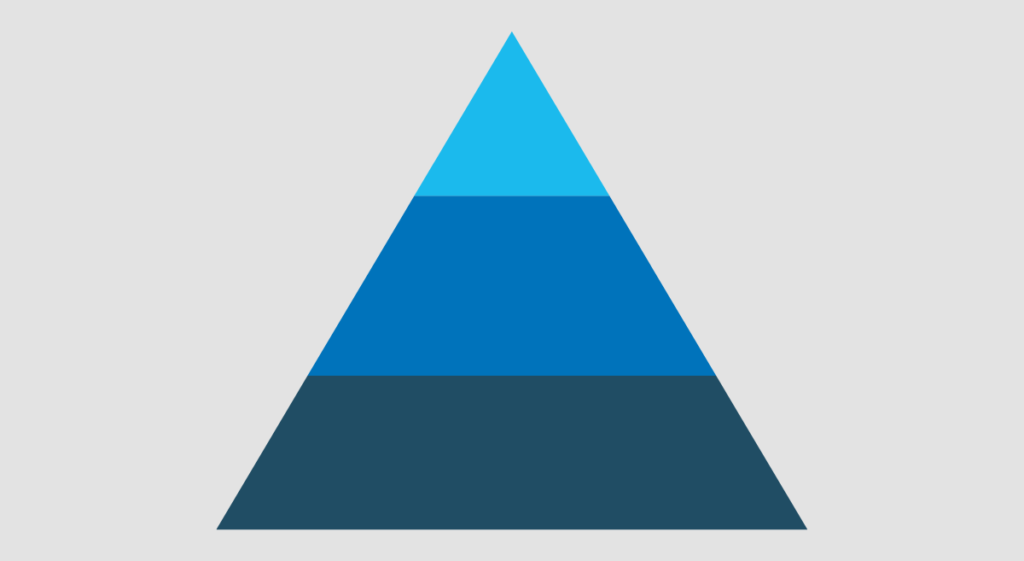 You Can’t Have a Pyramid Without a Base

The 2018 annual fundraising results are in, and there’s good news and bad news.

The good news is that, despite changes to tax laws that we thought might negatively impact charitable giving, overall fundraising was up in 2018 compared to the prior year. According to the Fundraising Effectiveness Project’s 2018 Fourth Quarter Report, “giving increased by 1.6% in 2018… with philanthropic gains being driven exclusively by donors who gave $1,000 or more.” So great! Giving was up, albeit at less than the rate of inflation. But that only tells half the story.

The bad news from the study is spelled out in the second half of the above sentence: “with philanthropic gains being driven exclusively by donors who gave $1,000 or more.” This, of course, implies that less affluent donors must have donated less or not at all, and there are other marked decreases in two areas that don’t bode well. The report continues, “While total giving from gifts of $1,000 or more increased by 2.6%, revenue from smaller gifts decreased. Gifts in the $250-$999 range dropped by 4.0%, while gifts of under $250 dropped by 4.4%. The number of donors also fell, as did retention rates…” It turns out the modest gain in dollars just barely covered some harsher realities:

True, this study looks at all varieties of non-profit organizations, but this recent article from The Wall Street Journal suggests we might be seeing the end of big-time arts donations in general. It says:

Unfortunately, big-ticket philanthropy is in the middle of a protracted sea change that is already having a direct effect on the arts. Thirteen years ago, the [Wall Street] Journal reported that younger new-money donors were increasingly choosing to give it not to fine-arts organizations but to humanitarian causes like AIDS research and education reform. In 2013, Bill Gates put his seal of moral approval on this new tendency by declaring in an interview with the Financial Times that donating money “to build a new wing for a museum rather than spend it on preventing illnesses that can lead to blindness” was, in his words, “slightly barbaric.”

The Journal article references this study from the Greater Philadelphia Cultural Alliance that confirms “younger donors are shifting away from arts and culture in their philanthropy.” There is now evidence that young people are “less likely to make big-ticket gifts to any charitable cause—and when they do, such gifts are rarely arts-related.”

So what now? Chances are your fundraising team is aware of these statistics and sentiments, if not because they’re experiencing them in your organization, then most certainly because they’re attuned to these kinds of reports surfacing in both the trade and mainstream media. (Hint: your donors are reading them too!) I’ve juxtaposed these stories together because I believe what we have here is not a fundraising problem… it’s a marketing problem.

I believe the solution is to combine the technology and analytics of marketing with the personalization and cultivation of fundraising. Here are two strategies that I’ve seen working first hand in arts organizations that continue to grow despite the broader financial trends:

Don’t assume the drop off in donations from these groups is based solely on new philanthropic interests. These are arts and culture people, and while they may direct the majority of their giving to more “humanitarian” causes, they will always support good work that provides a good experience, even if it means just adding a $25 donation to their ticket purchase. They know the arts are important. Make them see how their support is also important.

The arts have a benefit that not all other non-profits have: people are already “contributing” to our health when they purchase a ticket! This is an audience that is already predisposed to support you!

The drop in new donors could be because of economics, or it could be because they don’t feel as engaged as they did last year. Why? Perhaps we’re sending the exact same messaging to each and every donor regardless of why they gave or how much? Maybe we downplayed the size of their modest gifts and failed to cultivate and build those relationships over the last twelve months? Maybe we only celebrated big donors?

2. Program to the needs of younger (and less affluent) donors

Groups that have shifted their artistic direction to meet demand are actually increasing their relevance and their revenue. We’ve seen it in theatre (Hamilton), in orchestras (live orchestrations to popular films), and in opera, dance, and museums (particularly in the pop-up space) as well. FACT: the nation is more diverse and the arts need to reflect that diversity. And not just artistically, but pragmatically as well. Meeting our audiences where they are, and being mindful of their schedules and financial realities, is more important than ever. Ask yourself if you’re offering the best times, prices, and ticket packages to meet the different lifestyles of the various diversities in your community.

We’re all familiar with the concept of a gift pyramid, and I realize the economies of scale that make it easier to spend more time and money on large donors than it is to spend it on smaller donors. I know that for each $1000 gift you lose, it takes ten $100 gifts to replace, but unless you can identify a 30-year old willing to make a $1000 contribution to something that is largely seen as “entertainment” (given the need for contributions to health, justice or the environment) you need to try something. A pyramid can’t have a top without a bottom, and building this relationship now not only adds more modest gifts to your campaign, but may pay dividends later as younger donors increase their wealth. Plus, you get the benefit of having another evangelist for your organization as they grow with you.

If you’re doing the two things above in tandem, you’re going to see growth, not only in fundraising but in ticket sales as well. As I’ve said before, building custom patron journeys for these audience segments is the best way to ensure that there is diversity in both our programming and our audience. Embracing this diversity is key to stopping the erosion of donors and building for our future. By strengthening the base of the pyramid, the top can grow even higher.

The only thing worse than not doing social marketing is doing it half-heartedly. But with all the other things you have to do, finding information to share or sharing the same information over and over again is going to reduce your audience, not increase it.

NeverDark can provide custom content for your social media feeds, as well as conversation management services and social marketing strategies to help you grow your audience. Contact us today for your free social media analysis and consultation.