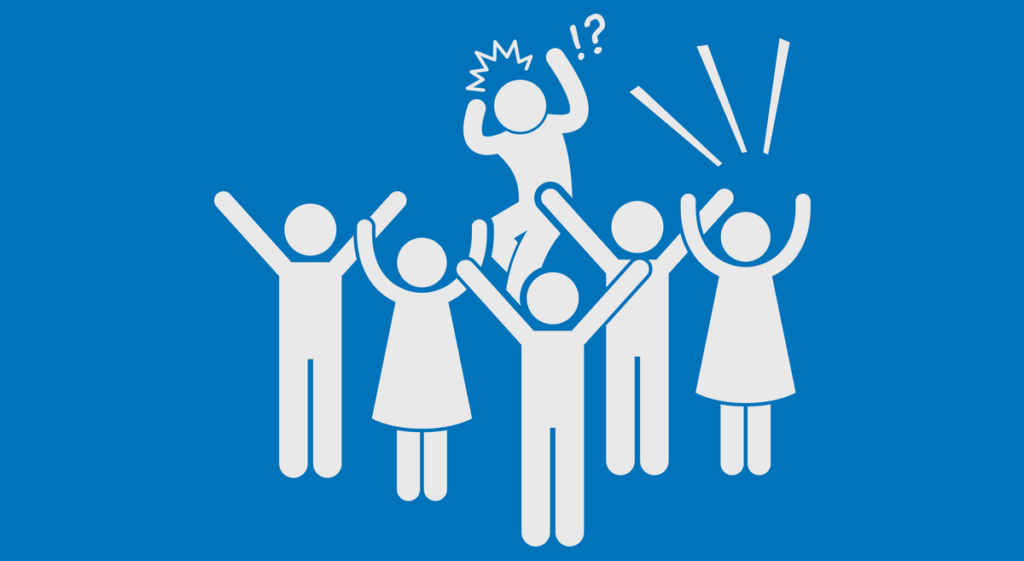 Generally, I like surprises. No, not a flat tire when I’m ready to leave work, or a surprise birthday party where I’ve arrived in a ratty pair of jeans and everyone else is in business casual attire. I’m talking about surprises where both the initial shock, and the result of that shock, make for an enjoyable and entertaining experience. Some of the best surprises occur at live performances. They don’t happen every time, but when they do, they’re unforgettable. Here are three great video examples of what I mean:

A few weeks ago, a patron fainted in the middle of a performance of Shakespeare’s Henry V, starring Tom Hanks in the comic role of “Falstaff” at the Shakespeare Center of Los Angeles. The stage manager held the show so the patron could be revived and treated by medical personnel, which required an unscheduled intermission. The result not only demonstrated proof of Hanks’ ability as an improvisational actor, but was an experience that audience will not soon forget.

Sometimes you can “plan” the unexpected, but it comes with risks. Broadway actress and singer Kristin Chenoweth has a moment in her solo show when she invites an audience member to come up onstage and sing with her, usually to comedic results. But watch this clip from her show at the Chicago Symphony Orchestra, where the young woman she invites on stage can actually sing… I mean REALLY sing. It was a major goosebump moment for me and was probably even more so for the people in the concert hall.

Of course, it’s still a surprise to the audience even if you’ve planned it all along. Take, for example, this performance from Gustavo Dudamel and the Simon Bolivar Symphony Orchestra, which breaks all protocol of a formal orchestral performance.

While these are three examples of moments that happened onstage, there are ways to surprise your patrons offstage that will surely make you stand out from your competition and remind patrons why they should leave their house and come to your events. Here, we call them Random Acts of Kindness; some of the more common ones include free tickets, seat upgrades, a thank you note/treat left on a seat, or an invitation to go backstage.

Not only can these Random Acts delight your patrons and differentiate you from your peers, they may also give you a “credit” with those patrons. Since you’ve done something nice for them, there’s a good chance they’ll do something for you if you ask, like leave a positive review on Yelp, post about your event on Facebook, bring a friend to the next performance, complete a survey, make a donation next time they buy a ticket… You get the idea. So when you’re building Patron Journeys don’t forget to add Random Acts of Kindness (and Random Asks for Help!) to each interaction you have.

It’s no secret to you that more and more of your audience is spending time online. Just look at all the smartphone screens in their hands before the house lights dim! Marketing to these new arts patrons with brochures and postcards is not only less efficient, but also more expensive.

We have proven and affordable techniques to reach these audiences where they live… on the website, in social media, in email and through text messaging. Let us show you how. The consultation is free! Contact us today.