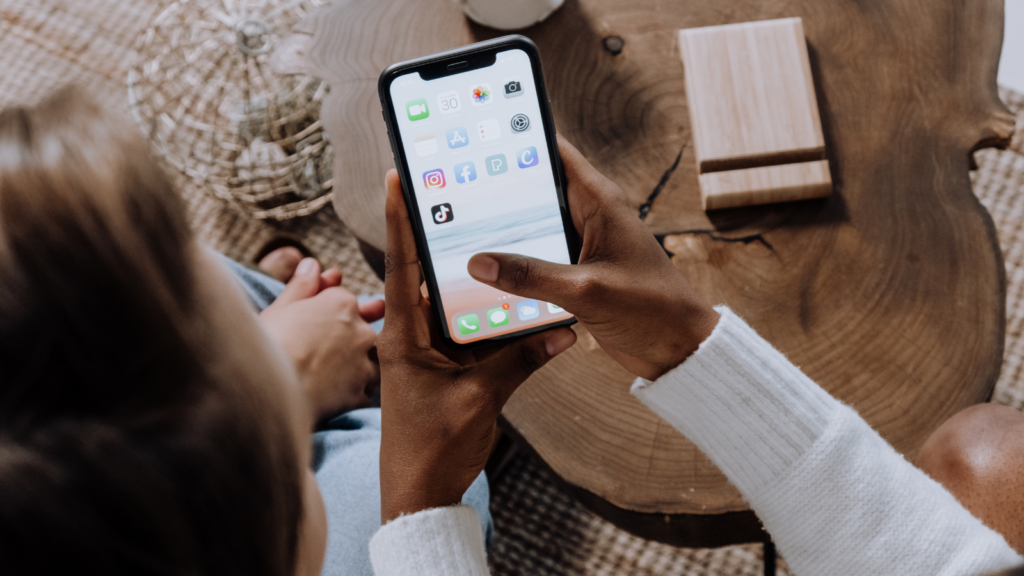 If your organization isn’t using TikTok yet, you may want to reconsider. TikTok now has more than 1 billion monthly active users and was once again the most downloaded app last month. That’s a lot of potential patrons!

You’re probably thinking, “TikTok isn’t for my patrons; it’s just for kids and Gen Z.” But the truth is that 53% of users are over 30, and the remaining younger groups are certainly your audience of the future. So no matter what your patron base looks like right now, TikTok is definitely the place to be.

It’s no wonder why more and more nonprofits are using TikTok to engage, inform, educate, promote, and fundraise. Whether you’re just getting started or need some inspiration, we can help!

Here are a few TikTok ideas to get your creative wheels turning:

Sneak peek at a new exhibit or event space

We all know how exciting it is when a new exhibit comes together or a renovation project is completed, so why not share that excitement? Not only do sneak peek videos build anticipation, but they also catch the attention of new patrons who might not otherwise consider visiting your organization.

Check out the Lincoln Center’s glimpse inside the newly renovated David Geffen Hall:

Want to get people excited for an upcoming show? Sharing rehearsal footage is a great way to get people buzzing about what’s to come. It doesn’t need to be anything fancy, either. Doing a table read? Record it. Practicing a well-known monologue? Show your fans.

A behind-the-scenes look at an exhibit or show

Everyone likes to feel special, and nothing feels more exclusive than behind-the-scenes looks. This is a content gold mine because you’re always doing something in the background. Whether your museum is introducing a new exhibit, your production team built a beautiful new set, or your organization is preparing for a fundraising event, you can easily record some entertaining footage to share online.

Promos for an upcoming show or event

Looking for a creative way to promote next season’s show? When we think of event promos, we generally think of movie trailer-like videos that cost thousands to produce. TikTok has a lower barrier to entry, allowing nonprofit orgs to put together DIY promos that still get plenty of views.

Here’s how The Met promoted their Young Members Party:

Videos like this might be trickier if you include backstage tours as a donation incentive. Luckily, most backstage tours posted on social media are just a taste of what your donors experience in person. However, you’ll still want to clearly communicate what donors get that isn’t available to anybody else.

If you don’t offer this incentive, backstage tours are a great way to catch somebody’s interest and convince them to visit your next event or show.

Crew members can also give backstage tours on your behalf, like this mid-show tour of The Muny’s production of Mary Poppins from Corbin Bleu:

In addition to being the fastest-growing social media app, TikTok also has some of the most engaged users. And when you’re fundraising, there’s nothing more desirable than an engaged audience because they’re more likely to take action.

Save The Music Foundation partnered with a performer to create this fundraising video:

It’s no secret that the internet loves a good “how it’s made” video. Interviews give people the insider knowledge they crave about their favorite art and artists.

In this walkthrough, an artist on display at the Museum of Neon Art talked about the pieces she made:

Take advantage of your star power! Bonus points if the cast or crew members already have their own followings because many viewers likely wouldn’t have otherwise visited your organization’s profile. One of your employees can also do a takeover, showing your followers what a day in their (work) life looks like.

The National Youth Theatre did just that in this shoot day video:

@nationalyouththeatre 🌍 So you want to know what happens on an NYT shoot day? Watch Naila take you through the in’s and out’s to make a picture to shout out! Want to find out more about Gone Too Far and the entire 10th REP season? Head over to the link in our bio. Tickets starting from £10 #fyp #nationalyouththeatre #actor #backstage #gonetoofar ♬ Lo-fi hip hop – NAO-K

Using TikTok can keep your patrons engaged, increase event attendance, and attract new donors, so get posting! If you’re looking for more arts marketing inspiration, here are 9 ideas to engage your fans and sell more tickets.

It’s no secret to you that more and more of your audience is spending time online. Just look at all the smartphone screens in their hands before the house lights dim! Marketing to these new arts patrons with brochures and postcards is not only less efficient, but also more expensive.

We have proven and affordable techniques to reach these audiences where they live… on the website, in social media, in email and through text messaging. Let us show you how. The consultation is free! Contact us today.