Can We Talk About How We Don’t Talk to Each Other? 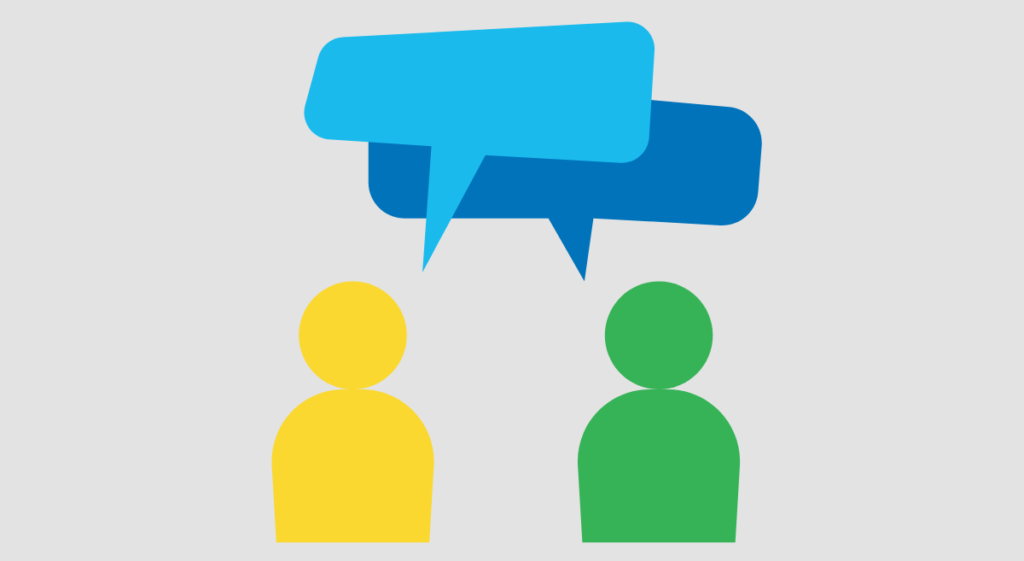 Can We Talk About How We Don’t Talk to Each Other?

In the past few years, I have felt a dramatic shift in the tone we use to communicate with one another. You only have to go through your Facebook or Twitter feeds to see the level of disrespect, incivility, and downright nastiness that some folks exhibit towards others. And to be honest, that behavior has increased dramatically since 2015, right around the time that the 2016 U.S. Presidential campaign began heating up. Our problems certainly didn’t start then, but they’ve become much worse since. And these tonal shifts aren’t just happening on social media. I’ve seen them in emails, on internal communication portals like Slack and Salesforce® Chatter, and I’ve experienced it in group conversations; that is, those rare times when we actually do talk to each other.

The arts are about human connection and communicating human stories from our stages and in our galleries. We strive to make sure those stories are accurate and empathetic, so we owe it to ourselves, our patrons, and our co-workers to convey that fundamental humanity every time we communicate. Sadly, we really don’t do too much talking anymore, and I believe it’s something we should bring back into our daily lives. Sure, written communications are effective for recording and documenting and so forth, but how many times in the past few months have you actually stopped texting mid-sentence and thought, “I could be done with this sooner if I just made an actual phone call?” I believe more talking and less typing can help us be more efficient and become more empathetic humans in the process.

I think we can agree that, as a species, our talking skills are generally far superior to our writing skills. Think about all you lose in written versus spoken conversation: body language, speech inflections, the ability to ask for immediate clarification, laughter. Unless you’re a terrific writer who has honed their style to be able to convey those attributes (emojis actually ARE valuable here), you’re not having the most efficient and effective conversation you can have. In a text, you never really know what the other person is feeling as they’re reading. And worse, you run the risk of having them received as something totally different from what you intended.

Here are some reasons why I believe more talking and less writing can help us to be better communicators and better humans.

Discuss in speech, document in writing

Of course, things DO need to be written down and recorded so that decisions and processes are made clear and are able to be shared beyond those in the initial conversation. But rather than have those long discussions in writing, schedule a phone conversation where each party is able to present their side of an issue. Then follow-up with an email that records what was actually decided. Not only is this much faster, but it also allows everyone involved to speak freely while negotiating and then record only what matters: the decision. Pro tip: if you must disagree with someone in writing, it helps to let them know that you’ve considered their viewpoint. Saying, “I understand why you believe that, but here’s why my way is better” is much better than simply saying, “My way is better.”

Do you REALLY want EVERYONE to see that?

If you’re a heavy user of social media, then the answer is probably yes. But in the workplace, on services like Slack or on group email messages, you’re not just writing to one person, and others in that group might not know you well enough to truly understand what you’re trying to convey. For example, sometimes I give a quick direct answer in writing and then realize that the other people reading the thread might think my short answer is in anger or that I don’t really care. So before I hit send, I put myself in their shoes: will they understand what I wrote, but also how I meant it? And is there any way someone could take offense at what I wrote? Most importantly, I ask myself if everyone needs to see my response or just the person for whom it’s meant. If you think this process might take too much time, you’re right! Pick up the phone.

Words are magic; that’s why they call it “spelling”

Words have an amazing power to cause emotions to rise and fall, but they don’t mean the same thing to everyone. In the past year particularly, I’ve been trying to change some of my old language habits, mostly around gender. I’m working hard to stop saying “Hey guys,” opting for “Hey folks” instead. I’m also trying to use gender-neutral pronouns (them, they, their) as often as possible. Sure, this is an incredibly difficult 50-year-old habit to change, but as hard as it is for me to make these changes; it is far more difficult to be the person in the room who is made uncomfortable by me not making them, because they face gender discrimination every single day. For. Their. Whole. Lives. Think before you speak, and edit before you send.

Here’s the thing: If thumbs were really meant for typing, they’d be much much smaller. With the invention of email and the subsequent dawn of text messaging, we’ve become convinced that writing is actually faster, when in fact, it’s much more time-consuming. There are times when a quick written message works great, but as soon as you have to say more than a dozen words, just pick up the phone and call. If you must write, be sure to consider each word from the point of view of the recipients to make sure that your point is clear and delivered in a respectful manner. The arts and culture community is a diverse group of individuals who have committed their lives to telling stories and teaching empathy. Let’s spend more time listening to each other and try to remember to think before we speak.